Muscovy ducks are more similar to red meat (think juicy sirloin steak) than they are a pond bird. 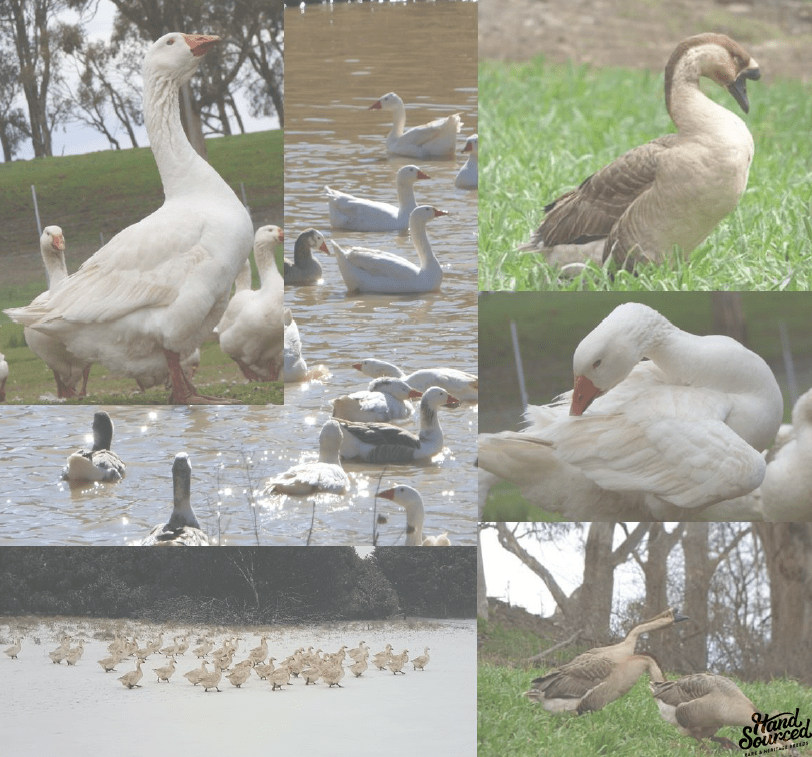 Muscovy ducks are the only domesticated duck which is not descended from the mallard. The scientific name, Cairina moschata, means the “musky one from Cairo”. Muscovies are also known as an Indian Duck, the Libyan Duck and, in a culinary context, the Barbary Duck.

Muscovies do not quack. Instead, the males make a “hissing” sound while the females make a sound known as a “pip.” This “pip” is a very exotic sounding call, somewhat similar to a flute quickly alternating between the notes F and G.

The Muscovy Diet
‘Pasture raising’ Muscovies does not mean a diet of grasses, although greenery does make up a portion of their diet. Muscovies love to eat flies, maggots, mosquitos, mosquito larva, slugs, bugs of all sorts, black widow spiders, the brown fiddleback spider and any thing that creeps and crawls. They will search in, under, around and through places to find these tasty morsels, and will eat ants and destroy ant dens. Muscovy ducks love roaches and eat them like candy. For the first few weeks of their lives, Muscovy ducklings feed on grains, corn, grass, insects, and almost anything that moves. Their mother instructs them at an early age how to feed.

The Muscovy Build
They are large ducks, with the males about 76 cm long, and weighing up to 7kg. Females are considerably smaller, and only grow to 3kg, roughly half the males’ size. The bird is predominantly black and white, with the back feathers being iridescent and glossy in males, while the females are more drab. The amount of white on the neck and head is variable, as well as the bill, which can be yellow, pink, black, or any mixture of these. They may have white patches or bars on the wings, which become more noticeable during flight. Both sexes have pink or red wattles around the bill, those of the male being larger and more brightly colored. 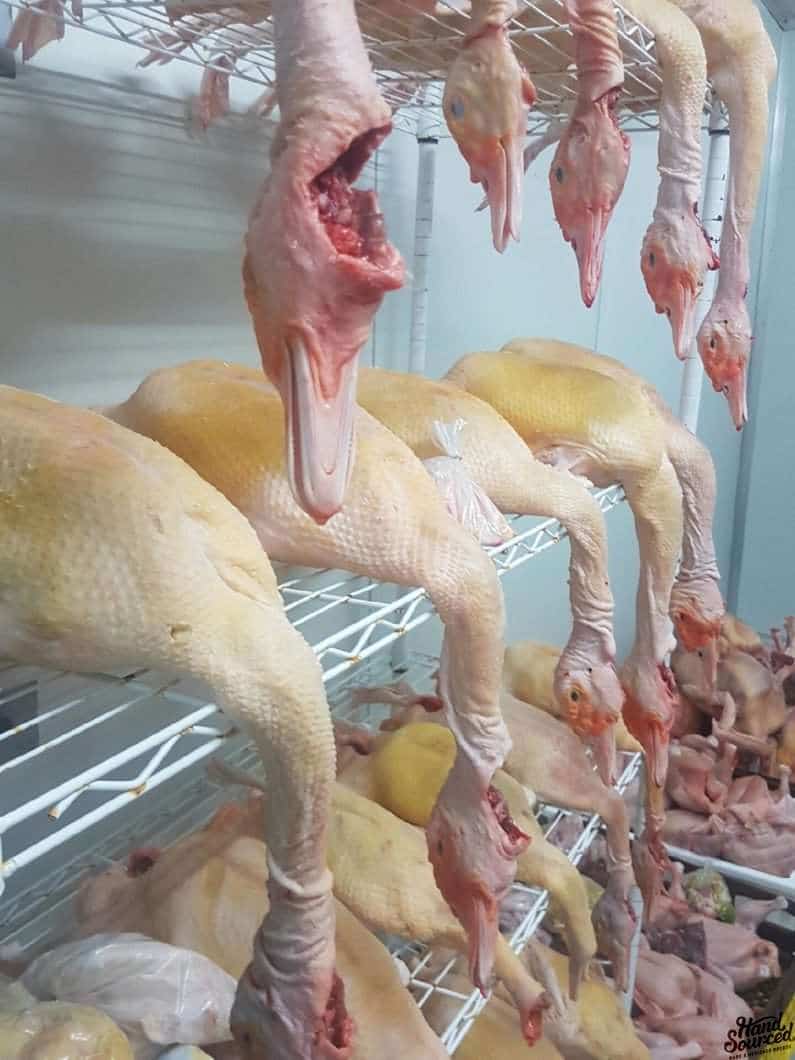 All Muscovy ducks have long claws on their feet and a wide flat tail.  Male Muscovy ducks have spiralled penises which can become erect to 20 cm in one third of a second. Females have cloacas that spiral in the opposite direction that appear to have evolved to limit forced copulation by males. Domesticated Muscovy ducks can breed up to three times each year.

Muscovy breeds are popular because they have stronger-tasting meat. The meat is lean when compared to the fatty meat of mallard-derived ducks, its leanness and tenderness being often compared to veal.  The carcass of a Muscovy duck is also much heavier than most other domestic ducks, which makes it ideal for the dinner table.

Herb and Lucy Mackenzie are each 5th generation farmers working from their home property ‘Seaforth’, located in Llangothlin, a tiny town outside Guyra, in the New England region of northern NSW. They are the only goose producers in the country to breed, incubate, hatch, brood, grow, finish and process all on their own land. In 2016 they extended their goose producing to include Muscovy and Giant Muscovy ducks and drakes, at first, sourcing them from the nearby town of Inverell, then in 2017, raising their own full blood Muscovy flocks.

They employ rotational grazing to increase biodiversity of soils with natural (goose poo!) manure. All geese and ducks are hormone free, no antibiotics or growth promonants given, and no fertilisers, pesticides or herbicides used on the grazing land.

Well, that's a nice surprise! Thanks to whomever n

Sorry! Kangaroo mince and leg has such a long wait